Blog - Latest News
You are here: Home1 / Magnify Your Calling

I have been trying for many years to read all the way through the Old Testament.  It is the only part of the standard works that I haven’t read in its entirety.  I’m about 85% done now (page 1,009 out of 1,184), and I’ve been reading in the book of Jeremiah.  I read a verse that caused me to give new meaning to the term magnify your calling.  Jeremiah 48:42 “And Moab shall be destroyed from being a people, because he hath magnified himself against the Lord.” 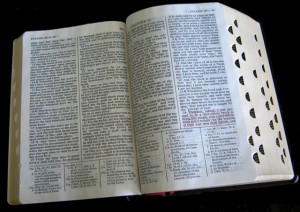 Take a look at how the term magnify is used in the scriptures in relation to callings:

In virtually every instance of of its usage in the scripture, magnifying your calling is in the context of magnifying it unto God instead of unto yourself.  It’s not enough simply to magnify our callings.  You must magnify your calling unto the Lord. 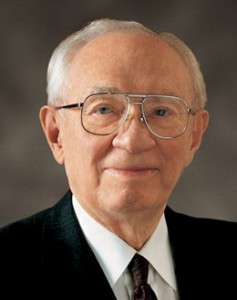 President Gordon B. Hinckley said that every missionary has the responsibility to magnify his calling to teach the gospel plan to the peoples of the earth.  “That ye may be prepared in all things when I shall send you again to magnify the calling whereunto I have called you, and the mission with which I have commissioned you.” (D&C 88: 80)

Said President Hinckley, “when we live up to our high and holy calling, when we show love for God through service to fellowmen, when we use our strength and talents to build faith and spread truth, we magnify our priesthood. When, on the other hand, we live lives of selfishness, when we indulge in sin, when we set our sights only on the things of the world rather than on the things of God, we diminish our priesthood.” (Magnify Your Calling, Gordon B. Hinckley, Ensign, May 1989)

My Day with Mario

When I had been in Argentina for two months, and my Spanish language skills were still very weak, I spent the day taking the lead with the missionary work in our area.  My senior companion was gone for the day working with the zone leaders in their area, while they arranged for me to spend the day working in our area with a 17-year-old boy from the branch named Mario. 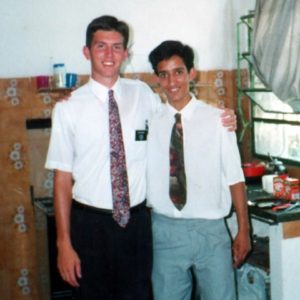 I was very nervous about this arrangement, but I fully expected Mario to help me and do a lot of the talking.  Well, as it turned out, Mario hardly said a word all day. We had a couple of first discussions scheduled that day, but the people weren’t home when we got there.

We spent the majority of the day knocking doors and street contacting.  Being a member who would soon be going on a mission, I thought Mario would help do more of the talking, but with each person we encountered, I did all the teaching.  When it was apparent that I was only going to get moral support from Mario, I was seriously tempted to just go home and spend the remainder of the day in our apartment.

But I persevered because I knew the Lord expected me to magnify my calling unto him, and that he would support me.  At times I felt like a bumbling fool, but despite my weaknesses that day we talked to at least 100 people, and of those, we taught 12 charla cortas.  (Charla cortas means “short discussion.” This was a metric we reported each week and to qualify, the exchange with the person had to be 5 to 10 minutes and we had to talk about most of the principles of the first discussion.)  From those 12 interactions, we were able to set four appointments for a first discussion.

I know the success of that day came because I sought to magnify my calling.  At the end of that day, I felt the strong impression that had my senior companion been with me, that the results would have been the same.  Though my companion was fluent in Spanish and a far more experienced teacher than I, it is the Lord’s work and it is his Spirit that touches peoples’ hearts and does the real work of conversion.  It was humbling to realize that because I sought only to magnify my calling unto God, and not worry about my own perceived weaknesses, the Lord was able to work through me.

And so it will be with each of you, as you seek to humbly magnify your calling as a missionary, and seek only to glorify God as you teach people the restored gospel of Jesus Christ, you will become an effective tool in the hands of the Lord.

Power of Prayer: Conversion of the Almada Family
Scroll to top