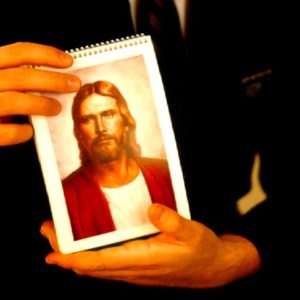 My wife and I recently watched a movie called Errand of Angels about a sister missionary in Austria. Watching the movie made me think a lot about my mission, particularly, I found myself reflecting on what I would do differently, if I had it to do over. I came to the conclusion that the number one thing I would do differently is not worry so much. Instead, I would try to more humbly accept God’s will and respect people’s agency, even when they rejected the message I wanted to share.

I can remember getting mad when people wouldn’t listen to our message. They would slam the door on us, or completely ignore us as we were street contacting. I guess it’s easy to say when not in the situation, but I wouldn’t let those rejections bother me so much now. Hard work was never something I lacked on my mission, so I would work just as hard, but if I had it to do again, I would work with more faith, humility, patience and trust in the Lord. 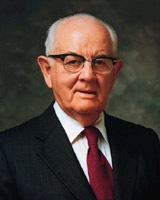 President Spencer W. Kimball made the following definition of humility which I have always loved: “If the Lord was meek and lowly and humble, then to become humble one must do what He did in boldly denouncing evil, bravely advancing righteous works, courageously meeting every problem, becoming the master of himself and the situations about him and being near oblivious to personal credit.” (Humility, Brigham Young University Speeches of the Year, Provo, 16 Jan. 1963, pp. 2–3.  Quoted in the Doctrine and Covenants Institute Student Manual.)  President Kimball continued, “How can I remain humble? the brilliant missionary asks. By reminding one’s self frequently of his own weaknesses and limitations, not to the point of depreciation, but an evaluation guided by an honest desire to give credit where credit is due.” (“Humility,” Improvement Era, Aug. 1963)

The Lord himself spoke from the Heavens to the prophet Joseph Smith and said that humility was one of the most important characteristics missionaries should possess.  “Wherefore, I the Lord, knowing the calamity which should come upon the inhabitants of the earth, called upon my servant Joseph Smith, Jun., and spake unto him from heaven, and gave him commandments; And also gave commandments to others, that they should proclaim these things unto the world; and all this that it might be fulfilled, which was written by the prophets—The weak things of the world shall come forth and break down the mighty and strong ones, that man should not counsel his fellow man, neither trust in the arm of flesh…That the fulness of my gospel might be proclaimed by the weak and the simple unto the ends of the world, and before kings and rulers” (D&C 1:17–19, 23).

When you are humble you are teachable and the Lord is able to use you as an instrument in His hands.  The Church sends out armies of young, inexperienced missionaries every year, and yet the work doesn’t falter, in fact it flourishes.  And perhaps this is why the work is so successful, because this army, weak in the eyes of the world, has little recourse but to rely on the arm of the Lord.  And when the Lord is on your side, “nothing shall be impossible.” (Luke 1: 37)