Blog - Latest News
You are here: Home1 / Archaeological Evidence of The Book of Mormon 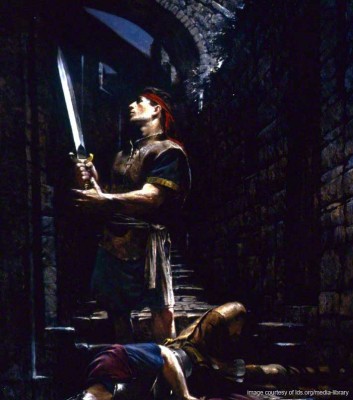 This is another in my series of article on challenging questions that missionaries will likely face. Today we will talk about some common criticisms of The Book of Mormon around archaeological evidence that some say proves or disproves the truthfulness of The Book of Mormon. As always, I invite you to study the issues, evaluate what we know and what we don’t know, and pray for the guidance of the Lord on how to incorporate these things into your testimony of The Book of Mormon and The Church of Jesus Christ of Latter-day Saints. Missionaries who do this will not only be conversant on these subjects, but will have their testimonies fortified and be more powerful instruments in the Lord’s hands.

Steel in the Book of Mormon

Many people will criticize the historical accuracy of the Book of Mormon and other may point our apparent anachronisms, errors in chronology. One common such attack, for years, was regarding Nephi’s mentioning that the sword of Laban was made of “precious steel” (1 Nephi 4:9) and that his hunting bow was made of “fine steel” (1 Nephi 16:18).  In 1884, one critic wrote that, “Laban’s sword was steel, when it is a notorious fact that the Israelites knew nothing of steel for hundreds of years afterwards. Who but as ignorant a person as Rigdon would have perpetuated all these blunders.” And Thomas O’Dea in 1957 stated that, “Every commentator on the Book of Mormon has pointed out the many cultural and historical anachronisms, such as the steel sword of Laban in 600 B.C.”

In a September 2013 talk at BYU-Idaho, Elder D. Todd Christofferson discussed these issues, and many more, related the historical study of Joseph Smith and the Book of Mormon. He said:

We had no answer to these critics at the time, but as often happens in these matters, new discoveries in later years shed new light. Roper reports, “It is increasingly apparent that the practice of hardening iron through deliberate carburization, quenching and tempering was well known to the ancient world from which Nephi came. ‘It seems evident,’ notes one recent authority, ‘that by the beginning of the tenth century B.C. blacksmiths were intentionally steeling iron.’” In 1987, the Ensign reported that archeologists had unearthed a long steel sword near Jericho dating back to the late seventh century B.C., probably to the reign of King Josiah who died shortly before Lehi began to prophesy. This sword is now on display at Jerusalem’s Israel Museum. The museum’s explanatory sign reads in part, “The sword is made of iron hardened into steel, attesting to substantial metallurgical know-how.” Where answers are incomplete or lacking altogether, patient study and patient waiting for new information and discoveries to unfold will often be rewarded with understanding.

For these reasons, Elder Christofferson urged the students to “be patient, don’t be superficial, and don’t ignore the Spirit.” Continuing, he said: “In counseling patience, I simply mean that while some answers come quickly or with little effort, others are simply not available for the moment because information or evidence is lacking. Don’t suppose, however, that a lack of evidence about something today means that evidence doesn’t exist or that it will not be forthcoming in the future.”(See footnote 1)

DNA and Origins of Native Americans

For decades, many Church members, including many prominent leaders, thought that the Book of Mormon Lamanites were not just among but the principal ancestors of the American Indians. In fact, “principal” is what the introduction used to say. The wording change reflects a more accurate understanding of the Book of Mormon, and is also more inline with modern DNA findings. Critics of the Church argue that since the DNA of Native Americans is primarily Asian rather than Middle Eastern, the Book of Mormon is fictional and not truly a history of God’s dealings with ancient inhabitants of the Americas.

Brigham Young University researcher Ugo A. Perego points out, “the Church advocates no official position on the subjects of Book of Mormon geography and the origins of Amerindian populations.” He also reminds us that in the April 1929 general conference President Anthony W. Ivins of the First Presidency commented that The Book of Mormon “does not tell us that there was no one here before” the Book of Mormon people and “it does not tell us that people did not come after.” Brother Perego goes on to give these insights:

It is implausible that ancient record keepers would have had a comprehensive knowledge of all the goings-on of the entire vast landmass of the Americas, considering that the distance from northern Canada to southern Patagonia is about 8,700 miles, a greater distance than that from Portugal to Japan!

…The Book of Mormon is not a volume about the history and origins of all American Indians. A careful reading of the text clearly indicates that the people described in the Book of Mormon were limited in the recording of their history to events that had religious relevance and that occurred in relatively close proximity to the keepers of the annals.

The fact that the DNA of Lehi and his party has not been detected in modern Native American populations does not demonstrate that this group of people never existed or that the Book of Mormon cannot be historical in nature. The absence of evidence is not evidence of absence.[76] Further, the very idea of locating the genetic signature of Lehi’s family in modern populations constitutes a truly untestable hypothesis since it is not possible to know the nature of their genetic profiles. Without our knowing the genetic signature to be located, any attempt at researching it will unavoidably result in further assumptions and untestable hypotheses.

…Anyone using DNA to ascertain the accuracy of historical events of a religious nature—which require instead a component of faith—will be sorely disappointed. DNA studies will continue to assist in reconstructing the history of Native American and other populations, but it is through faith that we are asked to search for truth in holy writings (Moroni 10:3–5). (See footnote 2)

Horses in The Book of Mormon 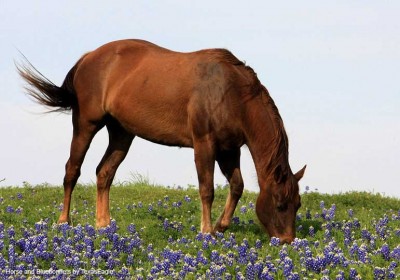 One last topic on the subject of archaeological evidence for The Book of Mormon that I want to talk about is horses. The Book of Mormon makes a handful of references to horses existing on the American continents in these ancient times. Yet as Robert R. Bennett, a scholar with BYU’s Neal A. Maxwell Institute, has pointed out, “these animals seem not to have been known to Native Americans who greeted the Spaniards upon their arrival, [and] …archaeological evidence for the presence of the horse in the pre-Columbian Americas is presently scant and inconclusive.”

How can this apparent discrepancy be explained? Brother Bennett offers these insights:

While we now have good information atesting to the accuracy of statements about steel in Book of Mormon times, there are still many legitimate questions about the DNA of Native Americans and horses in ancient America. While I don’t have all the answers, I have yet to see archaeological evidence, or any other evidence, to shake my belief in The Book of Mormon as the word of the Lord and revealed scripture that will guide us back to God. What I have learned through my study and prayer on the subject is further assurance the The Book of Mormon is true. More important than the scientific evidence, one way or the other, is the knowledge I have gained through the Spirit of the Lord. I have read The Book of Mormon many times. I have experienced powerful outpourings of the Spirit where pure knowledge from God had been poured from Heaven into my mind and heart. I know that, as the Prophet Joseph Smith said, The Book of Mormon will draw a person nearer to God than by any other book.

The Book of Mormon’s Role in Missionary Work
5 replies

The Church’s Statement on Race and the Priesthood

Missionary Service for Members with Physical, Mental, and Emotional Challen...
Scroll to top