Blog - Latest News
You are here: Home1 / The Colors of Christmas in Fiji

Editor’s Note: This is a guest post by Elayne Reece who served a mission in Fiji from November 2004 to May 2006. We welcome this and any future contributions from Elayne. 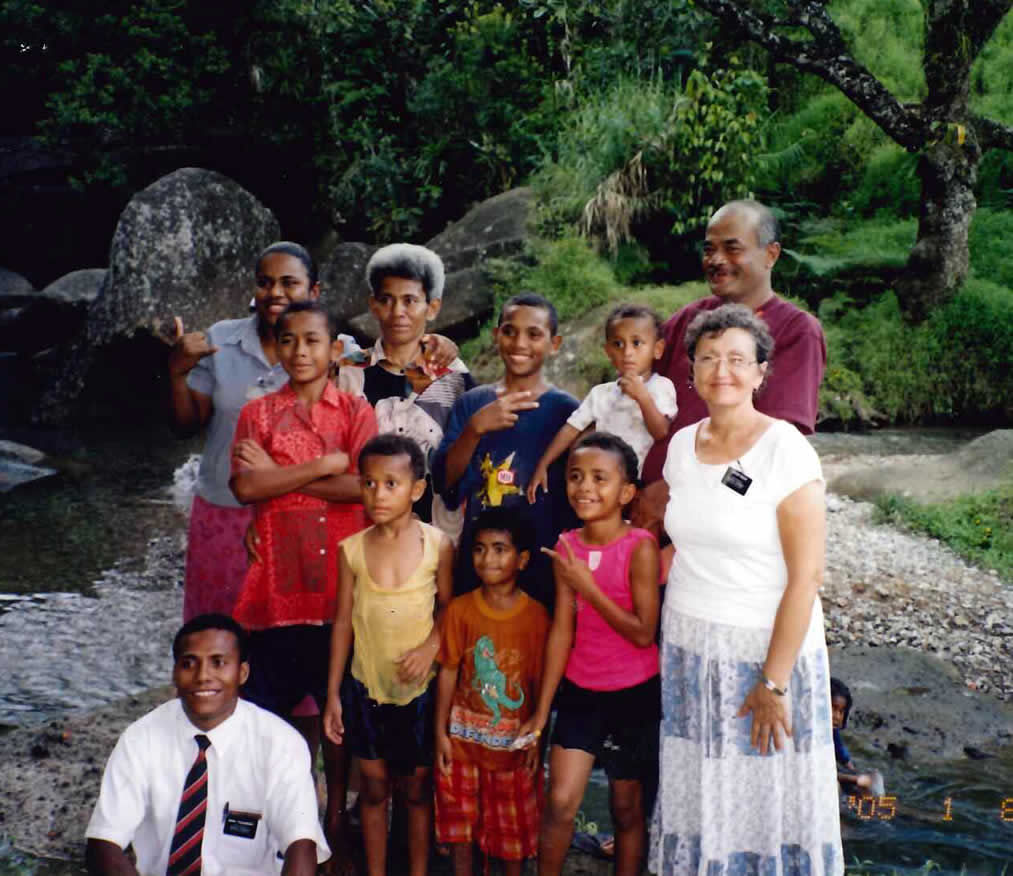 If you had been looking for me on Christmas Eve 2004, you would have found me in Fiji…sitting down “on the mat” with the Talebula Family.

Their home was a one-room wooden house (with a tin roof) located in the small community of Lami on the eastern side of the largest of the islands of Figi called Viti Levu. That side of the island is a rain forest…lots of jungle with mango, banana and papaya trees and thick undergrowth everywhere (and don’t get me started on the BIG BUGS that go with it!).

Malakai went out each day, looking for work, working wherever he could for whatever wage he could get. Regular jobs were almost impossible to come by. They had a small patch of land that they grew a few things on, but not enough to feed growing children. So Merei did her part by making treats to sell at the bus stand. If she couldn’t sell enough for that day…she would fast. It was very common for her to fast 3-4 days a week, every week, so that her children would have enough to eat.

There was no running water in their house, only the little stream that ran down the hill nearby, not far from the outhouse. The house was built on 3-foot pilings to protect it during the flood season. There was only one light bulb hanging from the ceiling and no other electrical outlets. Merei either sat on the floor to cook with a kerosene burner, or stood over a wood-fire in a small tin lean-to next to the house. The only furniture was one small bed. Everyone “sat down” on the mat to eat, study, visit and sleep. Washing clothes was done by hand. Baths were taken by standing out in the rain. There were none of the “necessities” that we feel we need in order to live…

My companion, Sister Koroi, and I were teaching Malakai (the father). Merei and the two older children had been baptized a couple of months earlier. But Malakai, a former Methodist minister, was taking a little more time.

On that Christmas Eve they had invited us for dinner. Malakai had gone out earlier in the day looking for work and had not yet returned…we sat outside on the mat and waited for him. Sister Koroi was playing a game with the children a few feet away from where Merei and I sat, quietly talking.

The night was warm and humid (90 degrees w/ 85% humidity), typical Fijian weather. Looking out through the jungle, we could see dim lights from other houses situated here and there. And the stars…they were something to behold!! There is nothing quite like the Fijian night sky…you feel like you could easily reach right up and pluck your favorite star and put it in your pocket. It was the perfect setting for the story that Merei shared with me that night….

The day before, the children had come from school so excited. They had heard stories about a special person…Santa Claus…who brought gifts and put them under brightly decorated trees. They wanted to know if he would be coming to their house too…would there be gifts under their tree?

Merei felt she needed to be honest with them. She told me it was the hardest thing she’d ever done…to tell them what it really meant to live a life of poverty and what the limitations were to that kind of life. Until now they hadn’t really understood the word “poverty.” They had a roof over their heads, food to eat, and loving parents.

But now they needed to understand…that whatever money she or their father could bring home would be used for food only…not for gifts and decorations.

She told them that other children at school might make fun of them because there would be no decorations, no tree and no gifts. She wanted them to know that these were just “things” that people see…but our Heavenly Father sees things very differently. To Him all people were on the same “level,” as Merei put it.

So this year they would decorate themselves…inside their hearts…with three colors. She took them to the door of their house and had them look out and tell her what color they saw. They answered “green”. She told them, “Green is all around us. It is the color of the land we live in, the land you play in, and the land that gives us food. It represents God’s blessings of life to us.”

Next, she had them look at the sky and tell her what color they saw. They looked up, saw puffy clouds gathering, and answered “white.” She told them, “White is for the light that comes from above. It is the light from our Heavenly Father and His Son, Jesus Christ …the light that guides us each day.”

Merei then told them that the last color they would decorate themselves with was “dark blue”. She explained, “Dark blue is the color we see when we go the beach to fish, when we look out at the ocean. We only see a little bit of the water…it is very deep. We can’t see into that deep part or know all that is in it. It represents the blessings that God has yet to give us, the ones we have no idea of…that we can receive if we will do what is right every day and pray to our Heavenly Father every day.”

These would be their “Colors of Christmas”…green, white, and dark blue. The only gifts they would receive were the ones they already had…of being together as a family, and being members of the true Church. These gifts were from a loving Heavenly Father. And they would give Him the gift of being thankful every day for His many blessings to them.

Merei was crying as she finished sharing this experience with me. I put my arms around that sweet, humble woman and cried with her. I will never forget what she taught me on that Christmas Eve…simple beautiful truths. There was, however, one thing she was wrong about…when she said that all people were on the same “level”. Merei Talebula rises far above many because she truly understands the meaning of Christmas.

May our hearts be decorated with our own “Colors of Christmas”…. 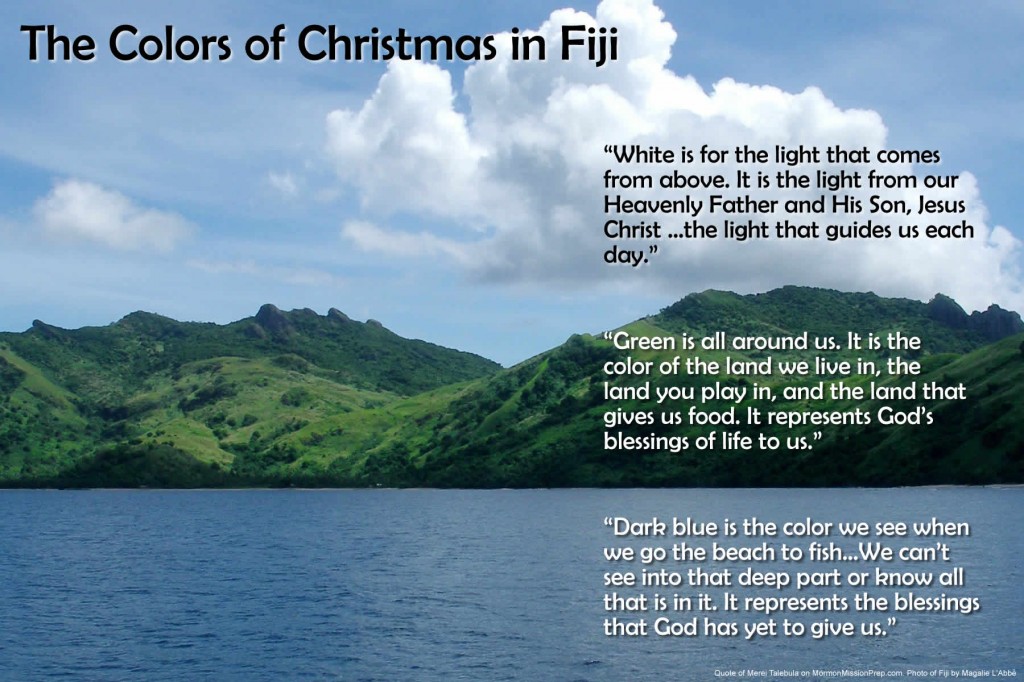 The Saratov Approach
Scroll to top