Blog - Latest News
You are here: Home1 / My Last Day and Traveling Home from My Mission

This is another in the series of articles I have written about my mission to Rosario Argentina from 1995 to 1997. Today I’d like to talk about my last day in the mission field and about traveling home.

One day each month, the mission president would call all the zone leaders and tell them of the companionship transfers that were to take place on the following day. On that day in early November 1997, I received the call to pack up and head to the mission home to begin my journey home. 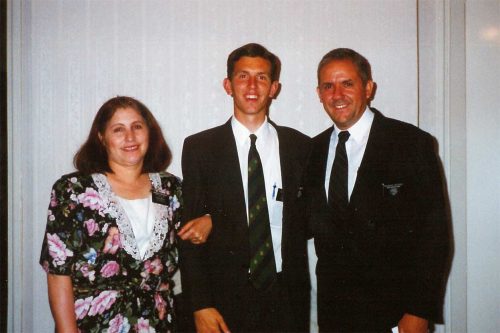 As I recall, I got to the mission home in the mid afternoon. I had an exit interview with my mission president, Presidente Ontiveros. In the interview, he thanked me for my hard work to build the Kingdom of God and gave me some advice for life. I remember he told me that the mission is designed to teach us lessons that we should carry throughout our lives, like always wearing a suit and tie to church meetings. And since then I have always strived to do that. He also counseled me to try to find a good wife and get married as soon as reasonably possible. He counseled me not to delay marriage or having children until after college graduation or feeling secure financially. He reminded me that the family is eternally important and that God would bless me for making spiritual matters a priority in my life. He told me many other wonderful things, and one of the last things he said was to remember that throughout my travels home I was still a full time missionary and the mission rules applied until I got home and my stake president released me. 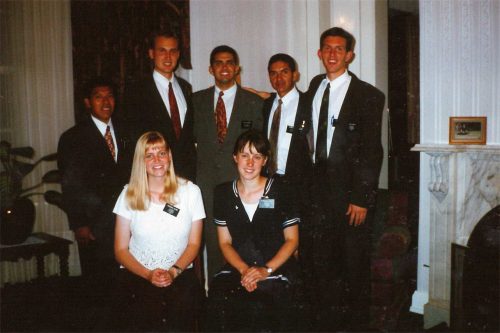 That evening we had a lovely dinner with the mission president and his wife and family and the other missionaries who were heading home. Some time that afternoon or evening, I also received a visit at the mission home from Hedgars Gonzalez. I unfortunately don’t have a picture of our reunion, but I was very touched that he would come to see me off. I wrote about Hedgars in my article about serving in the Godoy Ward. 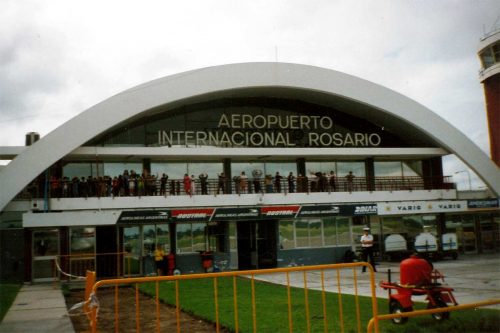 We slept at the mission home that night. There was a small building behind the mission president’s residence that served as the mission office and there was a room with some bunk beds where we slept. In the morning we got ready and headed to the Rosario International Airport, pictured here. 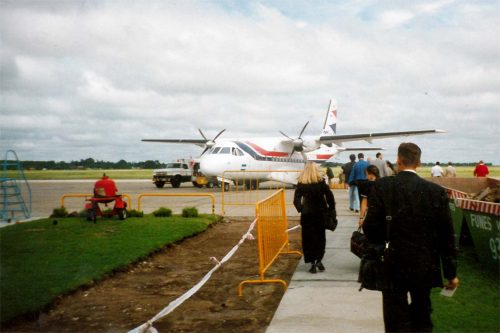 The Rosario Argentina airport was much smaller than the airports I was used to, but it did the job just fine. Here is our group of departing missionaries walking out to board the plane that would take us to Buenos Aires. In Buenos Aires, we would catch our flights that would take us back to the United States or wherever each missionary called home (there was at least one missionary in our group from Chile). 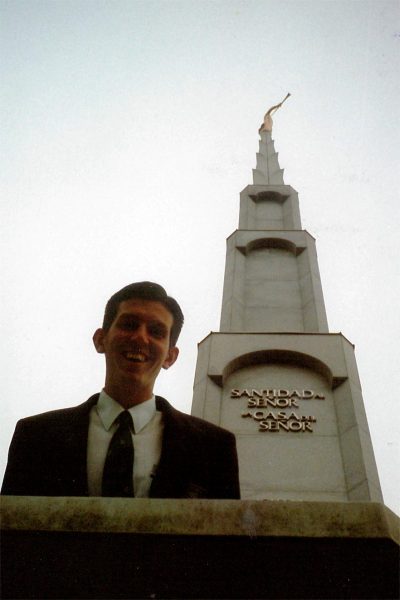 When I got to Buenos Aires, I found out that my flight to the US didn’t leave for several hours, so our hosts, the members of the church helping to drive us around and catch our flights, had arranged to take me and some of the other missionaries to the Buenos Aires Temple to do a session before we left the country. To my extraordinary surprise and delight, my trainer and first missionary companion in Argentina, Elder Loesener, heard of these plans and met me at the temple. Elder Loesener, by his suggestion, took this cool picture of me with the Buenos Aires temple spire in the background. 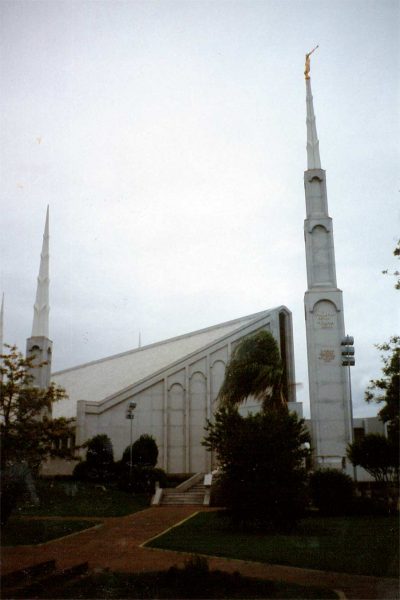 Here’s another photo of the Buenos Aires temple that I took. This was my first trip to the temple since I went to the Provo, Utah Temple when I was at the MTC. After a session at the temple, I said good bye once again to Elder Loesener, and some good volunteer took me back to the Buenos Aires airport. There was a little drama at the airport when a security guard insisted on opening and going through my suitcase. I guess he didn’t find any contraband and soon I was on my way, boarding the plane, and enjoying a 13-hour flight to Miami, Florida. 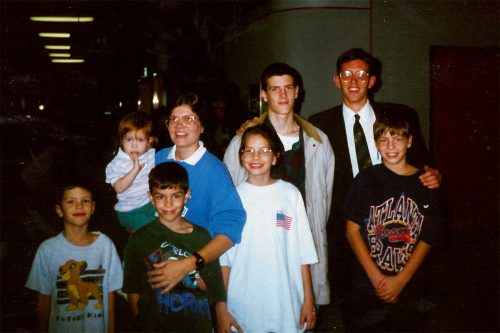 After a layover and switching planes in Miami, I got on a short flight to Washington, DC. At the airport in DC, my family was there to meet me. Above is me with my mom and six of my siblings. From left to right: Michael, Christine (my first time meeting her as she was less than two years old), John, my mom, Julie, Peter, myself, and Paul Jr. 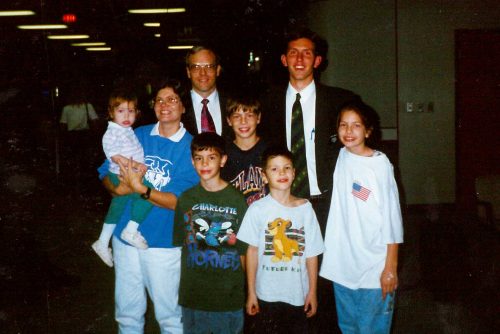 Looks like my dad and Peter switched places between this and the last photo and Peter is the photographer now. Left to right: Christine, my mom, my dad, John, Paul Jr., Michael, me, and Julie. From the Washington D.C. airport, we headed straight to our stake center where we met the stake president who released me from my calling as a full-time missionary. And that marked the end of my mission.

My mission was one of the greatest and most formative experiences of my life. I poured my heart and soul in to the work and I hope my offering was pleasing unto God. I think it was. I was able to help many individuals and families come closer to Christ through the ordinance or baptism. I hope to meet each of them again someday, whether in this life or in the next, and have a joyous reunion.

A Week of Bike Miracles
Scroll to top