Blog - Latest News
You are here: Home1 / I Will Go Where You Want Me to Go

One of my favorite missionary hymns was written by a good woman, who was not a Latter-day Saint, Mary Brown, who’s words express the faithful commitment of followers of Christ in all ages: I’ll Go Where You Want Me to Go. 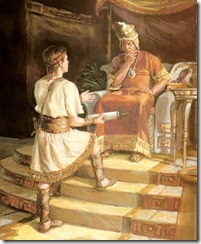 Ammon and the other sons of Mosiah in their mission to the Lamanites… Alma and Amulek crying repentance unto the people of Ammonihah… Nephi and his brother Lehi preaching throughout the land of Nephi… Samuel the Lamanite high on the Zarahemla city wall: All of these faithful Book of Mormon missionaries and prophets showed their obedience to the Lord’s call and their faith in His all powerful hand by going where the He wanted them to go.

When you submit your mission papers, you indicate your willingness to serve as a missionary for the Lord wherever he, through his living prophet, sends you. Some missionaries, it has been reported, when they receive their mission call letter, have feelings of disappointment regarding where they have been called to serve. To those missionaries and their families, I quote from Elder Dallin H. Oaks of the Quorum of the Twelve Apostles:

Almost a decade ago, I read a letter from a returned missionary… He had written to thank those who direct missionary work “for daring to send me where the Lord required rather than where I had deemed appropriate.” He had come, he said, “from a background of proud, competitive intellectualism.” Before his mission he was a student at a prestigious university in the eastern United States. Quote:

“I guess out of a sense of obligation and inertia, I filled out my [missionary] papers and sent them in, extremely careful to mark the column indicating greatest desire to serve abroad and in a foreign language. I was careful to make it apparent that I was an accomplished student of Russian and fully capable of spending two years among the Russian people. Confident that no committee could resist such qualifications, I rested confident that I would enjoy a wonderfully mind-expanding cultural adventure.”

He was shocked to receive a call to serve in a mission in the United States. He didn’t know anything about the state where he would serve, except that it was in his own country speaking English rather than abroad speaking the language he had learned, and, as he said, “The people I would work with would likely be academic incompetents.” He continued, “I almost refused to accept the call, feeling that I would be more fulfilled by enlisting in the Peace Corps or something else.”

Fortunately, this proud young man found the courage and faith to accept the call and to follow the direction and counsel of his fine mission president. Then the miracle of spiritual growth began. He described it thus:

“As I began to serve among the uneducated people of [this state], I struggled mightily for several months, but gradually the sweet workings of the Spirit began to tear down the walls of pride and disbelief that had wrapped themselves so tightly around my soul. The miracle of a conversion to Christ began. The sense of the reality of God and the eternal brotherhood of all men came more and more powerfully to my troubled mind.”

It was not easy, he admitted, but with the influence of his great mission president and with his growing love for the people he served, it was possible, and it occurred.

“My desire to love and serve these people who in the ultimate scale were at least my peers, almost definitely my superiors, waxed stronger and stronger. I learned humility for the first time in my life; I learned what it means to make our valuations of others [without relying on the] irrelevant details of life. I began to feel swelling within my heart a love of the spirits that came here to earth with me.” I’ll Go Where You Want Me to Go, by Elder Dallin H. Oaks, October 2002.

It is Not Where You Serve, But How

When I was a 19 year old boy awaiting my mission call, I was hoping to go to France or really just about anywhere French-speaking. I had studied French in High School, instead of Spanish like my brothers.  My older brother got called to Salta Argentina, and was still serving there when I got my call. Prior to opening my call letter, I was hoping to go anywhere outside the US and outside Spanish-speaking Latin America.  I wanted to go somewhere different and unique, but when I opened the letter, I found that I would be serving in Argentina just like my older brother, though in a different part of the country.

For a brief moment I felt the pride and resentment of someone disappointed by where they were called to serve. But those feelings soon left as the Spirit confirmed that Argentina was where the Lord needed me to serve.  And of course, in retrospect, I can’t imagine having served anywhere else.  I met so many good people, and was able to see many families come into the waters of baptism. I had great companions and mission presidents that influenced me to become better. There is no doubt that the Rosario, Argentina mission is where the Lord needed me, and where I needed to be.

By accepting my mission call and seeking to magnify that calling in a manner pleasing unto the Lord, I learned that it is not where you serve that matters, but how you serve. This lesson was taught powerfully, through word and deed, by President J. Reuben Clark, former counselor in the First Presidency of the Church, when he said: “In the service of the Lord, it is not where you serve but how. In the Church of Jesus Christ of Latter-day Saints, one takes the place to which one is duly called, which place one neither seeks nor declines” (in Conference Report, Apr. 1951, 154). This he said, by the way, when he was called as second counselor in the First Presidency, after serving for over 16 years as first counselor.

Examples of Willingness to Go Where Needed 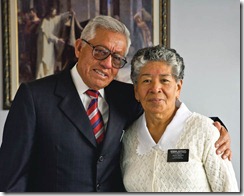 Quoting again from Elder Oaks, “I recently reviewed the missionary papers of over 50 senior couples. All had already served at least three missions when they submitted their papers for another call…The priesthood leaders’ comments on the papers of these couples are testimonies of service and sacrifice. I quote several:

I hope the same can be said about each of you, and about me one day when my wife and I apply to serve as missionaries.

Of course, our Savior Jesus Christ gave the greatest example of willingness to go where Heavenly Father wants us to go.  The Savior would have rather not drank the bitter cup and suffered for our sins in Gethsemane and on the cross of Calvary (see D&C 19:18), But he, in all humility, said to the Father, “Not my will, but thine, be done” (Luke 22:42).

May we follow the example of Christ, and seek the will of the Father, and not our own.  May we, through our words and deeds, always say “I will go where you want me to go, dear Lord.” Truly, missionaries are called by God, and through faithful service, they and their families will be greatly blessed of the Lord.

Climb Higher What is the Priesthood?
Scroll to top