Keeping the Sabbath day holy is one of the best things you can do to prepare yourself for a mission. As you keep yourself unspotted from the world through proper Sabbath Day observance (see D&C 59:9), you will draw closer to the Lord, and you will find yourself more willing to make sacrifices in order to further the work of the Lord through missionary service.

When Moses came down from the mountain with the ten commandments, this is what the Lord said, “Remember the sabbath day, to keep it holy. Six days shalt thou labour, and do all thy work: But the seventh day is the sabbath of the Lord thy God: in it thou shalt not do any work.” (Exodus 20: 8-10) Modern prophets have taught us that keeping the Sabbath day holy also means not shopping or playing sports on Sunday. I’d like to share three stories with you about the importance of keeping the Sabbath day holy. I hope these examples fortify your desire to always keep the Sabbath day holy, and to continue to prepare yourselves to serve a faithful mission to help bring others to Christ. 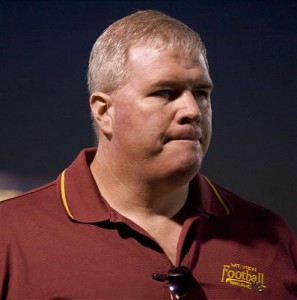 Eli Herring: Said No to the NFL and Sunday Football

Eli Herring went to High School in Springville Utah where he participated in football, basketball, wrestling and track. He was the captain of the football team and earned All-Region and All-State honors and led his team the state championship. He was recruited to play football by several universities but choose BYU because it was the only school that did not withdraw a scholarship offer when he announced his plans serve a Mormon mission.

After his freshman year at BYU, Eli Herring was called to serve an LDS mission in Salta, Argentina. Brother Herring served honorably and came back from his two-year mission stronger, faster, more coordinated, and even more ready to play football. Brother Herring played the position of offensive tackle and earned honorable mention from the Western Athletic Conference (WAC) in 1993 and made the second team All-WAC in 1994. In addition to football, during his time at BYU, Brother Herring earned a bachelors degree in mathematics and got married to his sweetheart, Jennifer Anderson.

Brother Herring was projected to be a first round draft choice in the 1995 NFL draft, but he made the decision to forgo a professional career. Brother Herring wouldn’t play football on the Sabbath, and he wrote letters to each NFL team saying so. Regardless, he was still drafted in the sixth round by the Oakland Raiders. Raiders’ assistant coach Bruce Allen flew to Provo and offered Eli a three-year, $1.5 million contract, but he rejected it.

Eli Herring and his wife Jennifer now have seven children. Brother Herring works as a school teacher and assistant football coach at Mountain View High School in Orem, Utah. His starting salary as a high school teacher was around $22,000 a year, which, at that pace, would take him over 20 years to earn what the Raiders would have paid him in a single season. Without hesitation, Brother Herring says he does not regret his decision to stand by his principles rather than have a professional football career. (See the Wikipedia article on Eli Herring)

Jimmy Smith: Learned to Not Work on Sunday

When I was in high school, I had a job at McDonald’s. I always liked working the cash register, but they always had me in the back making the hamburgers. I was one of the fastest hamburger makers they had, so they almost never let me be a cashier. My first month on the job, I got the employee of the month award. It was a good after school job. It helped me save money for my mission, and the fringe benefits were nice…free hamburgers, french fries, and milk shakes.

One Sunday, I was sitting at home after church when the phone rang. It was the manager of my McDonald’s asking me to come into work. Now I had told the people at McDonald’s from the beginning that I wouldn’t work on Sunday, so they never scheduled my regular shift on the Sabbath. But this particular Sunday, they said, was an emergency, because several workers didn’t show up and they really needed someone to come in and help.

I asked my parents if I could go into work just this one time because it was an “emergency.” My parents left the decision up to me, and I decided to go in and work. While there, cooking up Big Macs and Quarter Pounders in the kitchen area, I noticed several of my school friends walk into the restaurant. These friends knew of my Mormon faith and I had remembered talking to them about my beliefs, including keeping the Sabbath day holy. I was embarrassed for them to see me, and luckily, they didn’t. On that day, for once, I was glad to be in the back cooking, rather than up front working the cash register.

I immediately knew that I had made the wrong decision to break the Sabbath and go into work that day. From that time forward my faith and determination was fortified to avoid working on Sunday and to keep the Sabbath day holy. And I am grateful that the Lord has always blessed me for keeping that commandment. I know my life before, during, and after my mission has been blessed by keeping the Sabbath day holy.

Clayton Christensen: No College Basketball For Him on Sunday

From President Thomas S. Monson’s October 2010 General Conference Talk, The Three Rs of Choice… “May I share with you an example of one who determined early in life what his goals would be. I speak of Brother Clayton M. Christensen, a member of the Church who is a professor of business administration in the business school at Harvard University.

“When he was 16 years old, Brother Christensen decided, among other things, that he would not play sports on Sunday. Years later, when he attended Oxford University in England, he played center on the basketball team. That year they had an undefeated season and went through to the British equivalent of what in the United States would be the NCAA basketball tournament.

“They won their games fairly easily in the tournament, making it to the final four. It was then that Brother Christensen looked at the schedule and, to his absolute horror, saw that the final basketball game was scheduled to be played on a Sunday. He and the team had worked so hard to get where they were, and he was the starting center. He went to his coach with his dilemma. His coach was unsympathetic and told Brother Christensen he expected him to play in the game.

“Prior to the final game, however, there was a semifinal game. Unfortunately, the backup center dislocated his shoulder, which increased the pressure on Brother Christensen to play in the final game. He went to his hotel room. He knelt down. He asked his Heavenly Father if it would be all right, just this once, if he played that game on Sunday. He said that before he had finished praying, he received the answer: “Clayton, what are you even asking me for? You know the answer.”

“He went to his coach, telling him how sorry he was that he wouldn’t be playing in the final game. Then he went to the Sunday meetings in the local ward while his team played without him. He prayed mightily for their success. They did win.

“That fateful, difficult decision was made more than 30 years ago. Brother Christensen has said that as time has passed, he considers it one of the most important decisions he ever made. It would have been very easy to have said, “You know, in general, keeping the Sabbath day holy is the right commandment, but in my particular extenuating circumstance, it’s okay, just this once, if I don’t do it.” However, he says his entire life has turned out to be an unending stream of extenuating circumstances, and had he crossed the line just that once, then the next time something came up that was so demanding and critical, it would have been so much easier to cross the line again. The lesson he learned is that it is easier to keep the commandments 100 percent of the time than it is 98 percent of the time.” (Thomas S. Monson, “The Three Rs of Choice,” October 2010)