Pornography addiction is one of the greatest plagues of this generation of future missionaries. For any young person who has fallen prey to this evil device, overcoming pornography is something they will have to do prior to becoming worthy to serve a mission. In the text below and video above are some quotes from recent general conference addresses from our living prophets on how to avoid and overcome pornography:

Pres. Thomas S. Monson: Pornography will destroy your spirit. Be strong. Be clean

“Extremely alarming are the reports of the number of individuals who are utilizing the Internet for evil and degrading purposes, the viewing of pornography being the most prevalent of these purposes. My brothers and sisters, involvement in such will literally destroy the spirit. Be strong. Be clean. Avoid such degrading and destructive types of content at all costs—wherever they may be! I sound this warning to everyone, everywhere. I add—particularly to the young people—that this includes pornographic images transmitted via cell phones.

My beloved friends, under no circumstances allow yourselves to become trapped in the viewing of pornography, one of the most effective of Satan’s enticements. And if you have allowed yourself to become involved in this behavior, cease now. Seek the help you need to overcome and to change the direction of your life. Take the steps necessary to get back on the strait and narrow, and then stay there.” (Until We Meet Again, President Thomas S. Monson, April 2009 General Conference)

Pres. Gordon B, Hinckley: Priesthood holders must rise above pornography

“With this priesthood comes a great obligation to be worthy of it. We cannot indulge in unclean thoughts. We must not partake of pornography. We must never be guilty of abuse of any kind. We must rise up above such things. “Rise up, O men of God!” and put these things behind you, and the Lord will be your guide and stay…The computer is a wonderful instrument when it is properly used. But when it is used to deal with pornography or so-called chat rooms or for any other purpose that leads to evil practices or evil thoughts, then there must be self-discipline enough to turn it off.” (Rise Up, O Men of God, President Gordon B, Hinckley, Oct. 2006 General Conference)

Elder D. Todd Christofferson: Are you free from lustful desires?

“The Savior was critical of some of the early Saints for their “lustful … desires” (D&C 101:6; see also D&C 88:121). These were people who lived in a non-television, non-film, non-Internet, non-iPod world. In a world now awash in sexualized images and music, are we free from lustful desires and their attendant evils? Far from pushing the limits of modest dress or indulging in the vicarious immorality of pornography, we are to hunger and thirst after righteousness. To come to Zion, it is not enough for you or me to be somewhat less wicked than others. We are to become not only good but holy men and women. Recalling Elder Neal A. Maxwell’s phrase, let us once and for all establish our residence in Zion and give up the summer cottage in Babylon (see Neal A. Maxwell, A Wonderful Flood of Light [1990], 47).” (Come to Zion, by Elder D. Todd Christofferson, Oct. 2008 General Conference)

Elder Jeffrey R. Holland: The most deadly of the seven deadly sins—Lust 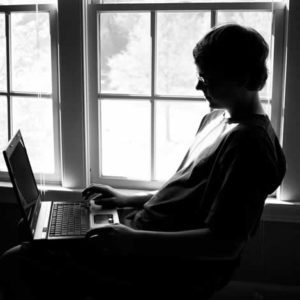 “Remember that those young wives said their husbands’ infidelity began with an attraction to pornography, but immoral activity is not just a man’s problem, and husbands aren’t the only ones offending. The compromise available at the click of a mouse—including what can happen in a chat room’s virtual encounter—is no respecter of persons, male or female, young or old, married or single. And just to make sure that temptation is ever more accessible, the adversary is busy extending his coverage, as they say in the industry, to cell phones, video games, and MP3 players.

If we stop chopping at the branches of this problem and strike more directly at the root of the tree, not surprisingly we find lust lurking furtively there. Lust is an unsavory word, and it is certainly an unsavory topic for me to address, but there is good reason why in some traditions it is known as the most deadly of the seven deadly sins.

Why is lust such a deadly sin? Well, in addition to the completely Spirit-destroying impact it has upon our souls, I think it is a sin because it defiles the highest and holiest relationship God gives us in mortality—the love that a man and a woman have for each other and the desire that couple has to bring children into a family intended to be forever. Someone said once that true love must include the idea of permanence. True love endures. But lust changes as quickly as it can turn a pornographic page or glance at yet another potential object for gratification walking by, male or female. True love we are absolutely giddy about—as I am about Sister Holland; we shout it from the housetops. But lust is characterized by shame and stealth and is almost pathologically clandestine—the later and darker the hour the better, with a double-bolted door just in case. Love makes us instinctively reach out to God and other people. Lust, on the other hand, is anything but godly and celebrates self-indulgence. Love comes with open hands and open heart; lust comes with only an open appetite.” (Place No More for the Enemy of My Soul, Elder Jeffrey R. Holland, April 2010 General Conference)

Elder Dallin H. Oaks: Pornography threatens our spirituality, and our families. But there is a way out.

“We were concerned to see the inroads pornography had made in the United States while we were away. For many years our Church leaders have warned against the dangers of images and words intended to arouse sexual desires. Now the corrupting influence of pornography, produced and disseminated for commercial gain, is sweeping over our society like an avalanche of evil.

At our last conference, President Gordon B. Hinckley devoted an entire talk to this subject, warning in the plainest terms that “this is a very serious problem even among us” (“A Tragic Evil among Us,” Liahona and Ensign, Nov. 2004, 61). Most of the bishops we meet in stake conferences now report major concerns with this problem.

Pornography impairs one’s ability to enjoy a normal emotional, romantic, and spiritual relationship with a person of the opposite sex. It erodes the moral barriers that stand against inappropriate, abnormal, or illegal behavior. As conscience is desensitized, patrons of pornography are led to act out what they have witnessed, regardless of its effects on their life and the lives of others.

Pornography is also addictive. It impairs decision-making capacities and it “hooks” its users, drawing them back obsessively for more and more. A man who had been addicted to pornography and to hard drugs wrote me this comparison: “In my eyes cocaine doesn’t hold a candle to this. I have done both. … Quitting even the hardest drugs was nothing compared to [trying to quit pornography]” (letter of Mar. 20, 2005)…

My brethren who are caught in this addiction or troubled by this temptation, there is a way.

First, acknowledge the evil. Don’t defend it or try to justify yourself. For at least a quarter century our leaders have pleaded with men, and also with women and children, to avoid this evil. Our current Church magazines are full of warnings, information, and helps on this subject—with more than a score of articles published or to be published this year and last year alone.

Second, seek the help of the Lord and His servants. Hear and heed President Hinckley’s words:  “Plead with the Lord out of the depths of your soul that He will remove from you the addiction which enslaves you. And may you have the courage to seek the loving guidance of your bishop and, if necessary, the counsel of caring professionals” (Liahona and Ensign, Nov. 2004, 62).

Third, do all that you can to avoid pornography. If you ever find yourself in its presence—which can happen to anyone in the world in which we live—follow the example of Joseph of Egypt. When temptation caught him in her grip, he left temptation and “got him out” (Gen. 39:12)…

Finally, do not patronize pornography. Do not use your purchasing power to support moral degradation. And young women, please understand that if you dress immodestly, you are magnifying this problem by becoming pornography to some of the men who see you.

Please heed these warnings. Let us all improve our personal behavior and redouble our efforts to protect our loved ones and our environment from the onslaught of pornography that threatens our spirituality, our marriages, and our children.” (Pornography, Elder Dallin H. Oaks, April 2005 General Conference)

For more resources for overcoming pornography, please visit the site recently launched by the Church called, Overcoming Pornography. It has help for individuals, spouses, parents, youth, and leaders to prevent and overcome pornography.