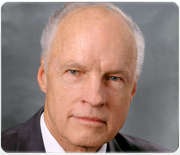 I was sad to hear that Truman Madsen passed away last week at 82 years of age and after a long battle with cancer.  Many of you young future missionaries may not even know who Truman Madsen was, so let me tell you a little about him and about the influence he has had on me.

I first learned of Truman Madsen when I was a freshman at BYU and he gave a devotional address.  I had a professor urge us to go listen to the talk, calling him “a general authority without authority.”  I quickly learned that though not a General Authority of the Church, he certainly was an authority on many gospel and Church history topics. 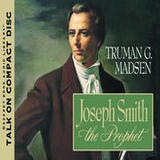 Truman G. Madsen was a grandson to the seventh president of the Church, Heber J. Grant.  He was a Professor of Philosophy at Brigham Young University, and former Director of the BYU Jerusalem Center for Near Eastern Studies in Jerusalem.  He wrote numerous books and released countless recorded talks, and he was one of the editors of the Encyclopedia of Mormonism.

Some of my favorite lectures by Truman Madsen are: 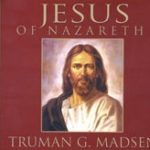 When I returned from my mission and began again my studies at BYU, I was lucky enough to have Truman G. Madsen as my stake president.  A couple of his teachings that I remember from that time was once, in stake conference, he was giving a talk about moving forward with faith.  He said, to paraphrase, “some day, when you die and are in Heaven, you will realize that you accidentally married the right person.”

Though smarter than just about anyone else, Truman Madsen was also humble.  I once met him when he was my stake president and I had requested a meeting to talk about a personal issue.  When I told him the situation, he said he felt unqualified to help, but one of his counselors in the stake presidencies had particular training and skill in that area and he suggested I talk to him instead.

Truman G. Madsen’s love of the gospel and love of learning were contagious and had a profound impact on my life.  He will certainly be missed by me, by the LDS community, and by any who knew him.  A memorial service will be held Tuesday, June 2, at noon, at the Provo Utah Tabernacle. Here are some additional news articles about him from the last couple of days: 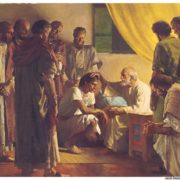 How to Write a Talk