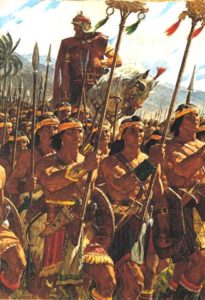 In the Book of Mormon, in Alma Chapter 56, the Nephite and Lamanite nations are engulfed in war.  A group of Lamanite converts to the Church, known as the people of Ammon, wanted to help defend the Nephite people.  The Ammonite adults, though, had made a covenant never to go to war again, so it was their sons, 2,000 of them, that volunteered to go to war to defend their families.

The prophet Helaman said of these 2,000 stripling warriors, “Now they never had fought, yet they did not fear death; and they did think more upon the liberty of their fathers than they did upon their lives; yea, they had been taught by their mothers, that if they did not doubt, God would deliver them.  And they rehearsed unto me the words of their mothers, saying: We do not doubt our mothers knew it.” (Alma 56: 47 – 48)

The mothers of the 2,000 stripling warriors, like latter-day saint mothers today, had a profound influence on their children, which gave them faith to overcome all obstacles.  Just like with these youth in the battles of the Book of Mormon, mothers today are preparing their children to do a great work and there is probably no more vital role in mission prep. 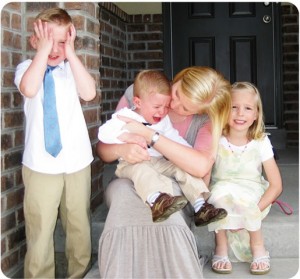 Many mothers, my wife included, may not realize the great work they are doing.  It is so easy to get caught up in the mundane, day to day routines with raising children, that we neglect to see the great work we are doing.

I want to talk today about what so many good mothers are already doing, sometimes unwittingly, to prepare their children for missionary service. Four things come to mind that my wife does daily with our children that is teaching them faith and skills that will help them become great missionaries some day.  (There are actually more than four things, but for now we’ll focus on these four.) She teaches the children to:

I suspect most latter-day saint mothers are also doing these four simples things as well, and in the process, they are teaching vital missionary skills and doing a wonderful job raising the next generation of Mormon missionaries. 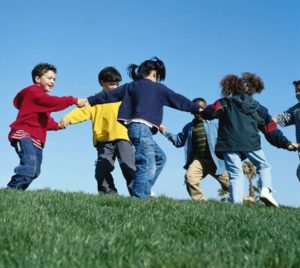 Get Along with Others

When playing with siblings or other children, my wife has two rules for our kids: be kind and be safe.  These two rules have been found to cover a multitude of situations, and they teach our children how to get along well with others.  I have talked about the important missionary characteristic of sociability in the past.  This is what Elder S. Dilworth Young said in General Conference in April 1972, “faith-building begins in the cradle…In the formative years your boy will need to learn how to give and take, how to get along, how to put up with inconveniences, how to be patient and tolerant, how to resolve differences with playmates and, later, with missionary companions.”

Be Clean and Tidy

Like any good parents, we have our children do daily chores of cleaning their rooms and other household tasks.  Helping your children learn now to stay clean and organized will help them be more productive and spiritual throughout their lives.  Again, quoting Elder Young, he says missionaries “will need to learn that bodily cleanliness goes with spiritual cleanness and that the body is the expression of the spirit…he should learn that the dusty, ill-kept room with its unmade bed is the devil’s best means of discouragement.”

Obey the First Principles of the Gospel

Like most parents of small children, we try, frequently unsuccessfully, to maintain their attention once a week for Family Home Evening.  We focus on basic gospel principles such as faith in Christ, and obedience to the commandments.  These basic gospel principles will form the foundation of what they will be teaching people across the world as they go forth as missionaries.  Again, quoting Elder Young, he says the future missionary should “learn to know that faith in the Lord Jesus Christ will give men reason for their repentance from sin, which is the great doctrine that brings hope; that baptism by immersion is both a covenant and a sign of acceptance; and that the gift of the Holy Ghost is what makes him, and his father and his mother, different from the world; and that it will make those he converts different also.”

Read the Book of Mormon 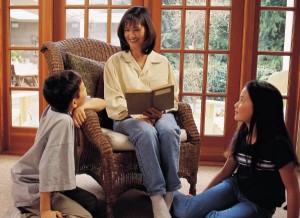 Nightly, my wife gathers the family for scripture reading in the Book of Mormon.  We quickly went through the illustrated versions, and though our children are still small, we have moved on the full version now.  Nightly reading of the Book of Mormon, though it may only be a a few minutes, teaches the children the importance of that book in our lives.  And though they do not understand everything, the Spirit of the Lord is there, teaching and testifying things they will not forget.  Elder Young says that by reading the Book of Mormon with your children and helping them gain a testimony of the truthfulness of that book, “you will have him on his way to becoming a missionary…He will not consider the Book of Mormon dull reading if you will make it live for him while he is growing.”

The mothers in the Church are doing a wonderful job of raising the next generation of missionaries.  I can’t thank my wife enough for the work she does, often without recognition, in raising our children and teaching them the principles that will help them succeed on their missions, in life and in the eternities.

And here are some concluding thoughts from Elder Young: “These young folks may become great of themselves, but with the faith and teaching of their fathers and mothers they will become greater…He depends on us to teach our children truth that they may better serve the Father of their spirits and live.”

The future missionary “will be taught these lessons at the home evening, at the dinner table, at bedtime, in camp, on hikes and journeys. And driven home at all these stages will be the theme that the greatest adventure a boy can have is to go on a mission and learn to depend on the Lord when faced with a bitter, cold, or hostile world, and that the greatest joy he can experience is to give of his all in the service of the Master in bringing souls unto him.”

Preparing Youth for a Mission

Restoration of the Priesthood
Scroll to top