Blog - Latest News
You are here: Home1 / Our Experience at the MTC as Senior Missionaries 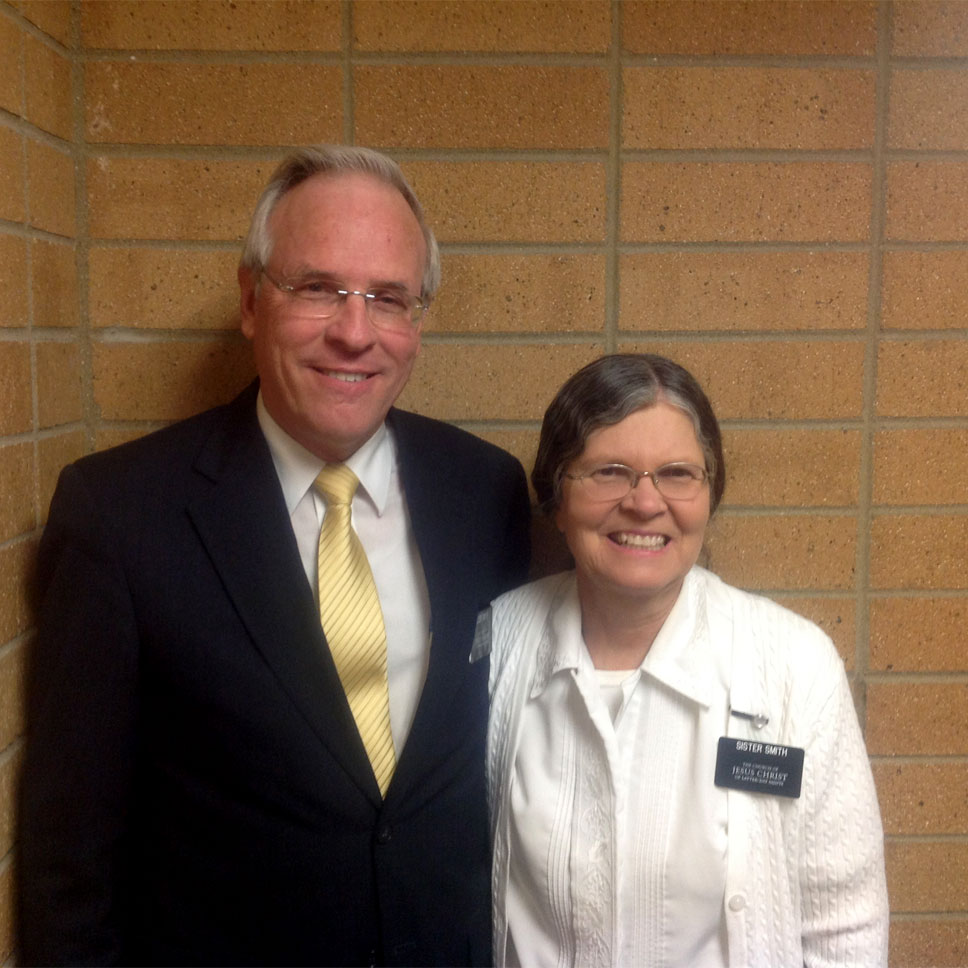 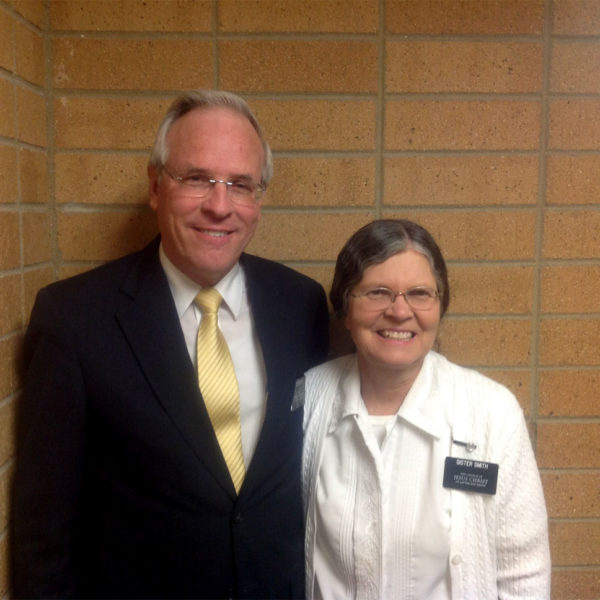 On Wednesday, March 15, 2017, Terry and I completed our ten-day training at the Missionary Training Center (MTC) in Provo, Utah, and headed off in our car to Denton, Texas, to begin serving as missionaries in the Texas Ft. Worth Mission. Here are a few observations of our experience at the MTC as senior missionaries.

There were many things taking place simultaneously during the MTC training. Overall, the training was excellent, and we loved it. Perhaps the most cherished part of the training was the friendships we made with many of the other senior missionaries. During the ten days there, we would gradually meet more and more of the couples—most of this took place at meal time, when we would sit next to different people. We learned where they were from, where they were going and what their background was. We came to see and appreciate the faith and testimony and love that all of them had. While this was not a part of the written curriculum, it was nevertheless a precious experience for us. 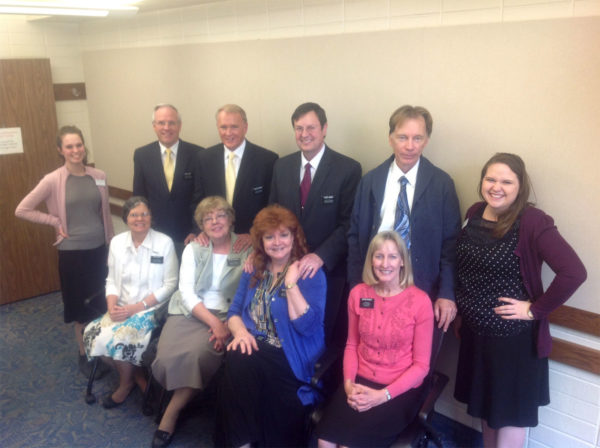 When we entered the MTC there was a host of missionaries and other people who welcomed us, directed us where to go, and helped us get settled. At that time we met Brother and Sister Braithwaite, our short-term ecclesiastical leaders. Their mission and assignment is to lead, direct and help us with the multitude of logistical matters involved in our stay at the MTC. They were cheerful and happy. They set a wonderful tone for the week of training. Some of those in our group had not previously served full-time missions and were a little apprehensive about the expectations of them. The training offered us helped alleviate some concerns and helped build the faith of all of us.

The central theme of our MTC training was that we were called to invite people to come to Christ through faith in Him, repentance, baptism, receiving the Gift of the Holy Ghost, and by enduring to the end. Some of the training was given to our entire group of 114 seniors. But most of it was given in smaller groups of eight people (4 couples)—“districts”—into which they divided us on the first day. 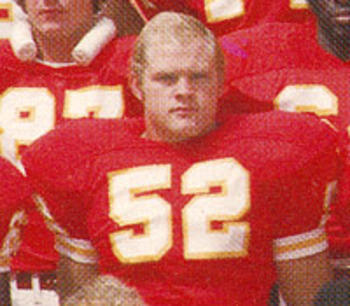 The district training involved questions, answers and discussions. The discussions in our district were always positive, enlightening and helpful. The district training also included our preparing and presenting a couple of lessons to another couple. Terry and I team-taught two lessons to Orrin and Sandy Olsen. Those were wonderful sessions. We became good friends with the Olsens; we enjoyed their lesson for us; and we enjoyed sharing our lessons with them. Orrin Olsen is one of the three Olsen brothers who played football in the NFL. Orrin sent me a photo of him when he played at BYU—he was blocking for Gifford Nielsen, as Nielsen was handing the ball off to Todd Christensen. (Football fans will all recognize that all three of these BYU players had successful careers in the NFL.) Orrin and his wife Sandy, are both tremendous individuals. They will be serving in the Seminaries and Institutes of Religion program in Washington State.

Terry and I picked up a number of tips, pointers and insights from the Preach My Gospel training that will help to make us even better teachers. One of the helpful things we learned was an effective way to invite people to come to Christ. This technique includes three elements in every invitation:

For example, in inviting someone to attend church, I would tell the person that great spiritual blessings will come from attending church, that God commands us to meet together often, and that the person will personally be blessed from attending church regularly. Then I would ask: Will you attend church with me at 9:00 a.m. this Sunday? Can I pick you up at 8:45 a.m.? If you think about it, you recognize that the combination of these three elements can be powerful and effective.

The MTC training also included a devotional forum on Tuesday, where we listened to a new General Authority, Joaquin Costas and his wife. We attended a Sunday Fireside and heard an inspiring message from one of the MTC District Presidents. We also watched a video of a message delivered to the MTC missionaries by Elder David Bednar on Christmas Day 2015. Elder Bednar very effectively made the point that as we turn out toward others to help them, then we become effective disciples of Christ. We also had the blessing to hear from President and Sister David Martino, the MTC President. Both of them were inspiring, happy and encouraging. We attended another devotional on our second Tuesday at the MTC, where we listened to the Church’s General Relief Society President, Linda Burton, and her husband, who had previously served as a mission president. Their comments were also helpful and inspiring.

Three of our evenings were free the first week. On Thursday we were able to attend a temple session at the Provo Temple. This was very nice. It had been about 40 years since we had attended a session there.

We had considerable free time on Saturday and Sunday. On Sunday we attended church in the BYU Young Marrieds ward, where our son Michael and his wife Shelby attend. I got to hear Michael’s priesthood lesson. That was a great experience for me. Previous to that, on Friday evening, we went to the home of my brother, Dennis, and his wife, Catherine who live in Orem, Utah. We brought some ice cream, and we had dessert with them. Before returning back to our room at the MTC I called one of my cousins who lives in the area, and then visited her for a few minutes.

I want to briefly tell about some of the people we got to know at the MTC. Brother and Sister Snowder were being sent to the Philippine Cavite Mission, where they were to work in the mission office. Brother Snowder, who had just been released as a member of the Reno Temple Presidency, was expecting a call to work in a temple somewhere else in the world. They were a little surprised with the call to work in a mission office. Brother and Sister Rowley were a breath of fresh air to me; they have been called to serve in Vienna, Austria as Stake Young Single Adult Representatives. He speaks German well, and Sister Rowley speaks it a little bit. Brother Rowley was one of those people who would always give a frank answer to questions—he was not inhibited; he would answer with what he felt or thought, whether or not it was the answer that the questioner was looking for. I loved this. We became friends. It turns out that Sister Rowley had been politically active in California, just as I had been in Maryland. We were both putting aside our political lives for the duration of our missions, but we had both been active and vocal politically before our missions.

I made one friendship on our next-to-last day at the MTC. I just happened to get into a conversation with an Elder Patterson, as I was putting a bottle of juice in the lounge refrigerator. Brother Patterson has been called to a military relations mission in the Norfolk, Virginia area. Brother Patterson has been a helicopter pilot for about 40 years. He and I are the same age. The first 20+ years he flew for the Army. The last 18 years he has flown a rescue helicopter for an Intermountain medical rescue service. Brother Patterson shared with me several of his experiences. Several of them were exceedingly dangerous. He saved a number of lives, including rescuing climbers in rugged and dangerous cliff areas. I told him that I loved his stories, and that I hoped he would share them with others. A number of times, the Lord worked miracles through him in saving people. He said that he was reluctant to share them because he didn’t want people to look at him like a hero. I said that I understand that concern, and that I had also had to deal with that issue sometimes in connection with my legal, political and family work. I expressed that I believe we have to have the courage to speak up about things even though some may seek to find fault with us, thinking that we are bragging when we tell of faith-promoting experiences we have had. I said we can’t let the fear that someone will misconstrue our motives and intents prevent us from sharing insights and experiences that can uplift and strengthen others. I encouraged him to share those experiences. We exchanged email information, so that we can continue to share things in the future. He told me that I was the only one at the MTC with whom he had shared these experiences. Wow! I was so grateful that I had showed enough interest in him to have the discussion that we had for 40 minutes that evening. I felt that it was helpful to him, and I was also greatly benefited by it.

The last three days of training for Terry and me was a special training given to those whose callings were with Seminaries & Institute and with the young single adults (YSAs). I won’t describe it in any detail at this time, but I enjoyed that even more than the first week of training.

In summary, the MTC training experience was great. The relationships formed were especially wonderful.